You are here: Home / Child Outreach / Love for the Least of These – World Leprosy Day

Can you think of a time when someone’s love and care impacted your life? For me, a big moment is when I accepted the love of Jesus, and there are also many other small times when someone’s hug or encouragement helped me get through the day.

Your special Blogging Assignment for January is World Leprosy Day, observed on January 26, 2015, or the nearest Sunday, January 25, 2015. This day for global awareness is a special opportunity for us to be a voice for the hurting and helpless in Asia – those who suffer from leprosy.

It is easy to think of leprosy as an antiquated disease that people experienced just in Bible times, but the fact is, leprosy still exists today. Across South Asia, tens of thousands of people suffer from this disease in over 1,000 leprosy colonies. Leprosy is totally curable if medical help is sought immediately, but diagnosis and treatment often come too late for the poor and those who live in remote places. The severe disfigurement that leprosy can cause is devastating, but the social stigma that follows is perhaps even worse.

Men and women in Asia who suffer from leprosy rarely receive love or care. More often from not, they’ll be shunned by their villages, and sometimes, even by their own families. When a woman named Kishori first contracted leprosy, her family stood by her side out of their love for her. But then, as the years passed – then decades – Kishori slipped into the shadows of her society, neglected and unwanted.

In the midst of this hopelessness and despair, the light that Jesus Christ brings is breaking through, bringing hope to men and women like Kishori who have been brushed aside by society! Dedicated missionaries, compelled by Christ’s love, are reaching out with medical care and practical help – not only for World Leprosy Day, but every other day of the year too.

“’It is because of God’s grace that we have the strength, courage and motivation to work among these people, to share with them, to hug them, to love them and to care for them,’” Pastor Jiva says. (Quote from Compelled by Love for Those with Leprosy)

Because of the love and care of Pastor Jiva and missionaries like him, leprosy patients are finding hope for this life and for eternity. Jesus always reached out to the poor, sick, and rejected, inviting them to become children of God. Let us follow in the footsteps of our King!

Some ideas to help you share about World Leprosy Day: 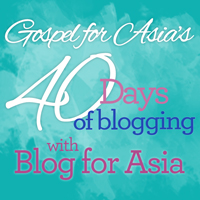